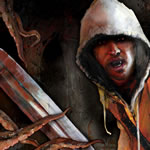 So when your forthcoming novel gets described as “what we believe is the BEST Anarchy Book yet!!” that’s some accolade; when that accolade comes from the publisher themselves you break out the ‘never seen in public’ snoopy dance. But don’t worry if you think they are probably a little biased towards the novel as we’ve sent it out to a legion of the world’s top reviewers for them to publish their own views over the coming months.
However, if you are a book reviewer that I missed on my original mailout about the novel and you would like to review the book, or are interested in some other promotion (be it interview or guest blog post or whatever), you can currently set this up through Anarchy Books at anarchy-books@hotmail.co.uk.
I’m excited to hear what people think of the novel. Excited, but also frightened to death if I’m honest, but then I’m sure that’s the same with most authors.