“Is this all really necessary?” he asked McArthur.

“I merely wish my laird to know the risks and hardships we face in the months ahead.”

Quentin sat on the uncomfortable seat at the top of his audience room. His grandfather had commissioned it when they’d remodeled the estate, giving it the air – to anyone visiting – of approaching a king on their throne. It was raised, sat on a platform at one end of the great hall under the huge stained glass window. The chair itself had been made by some of the finest craftsmen in the Clanlands. The handles were a couple of snakes intertwined, and the tall back rose to depict a bear. The legs were carved to resemble tree roots.

Many had called it one of the finest examples of craftsmanship this side of the Three Seas. Those people obviously didn’t have to sit on it. Quentin swore that his Grandfather must have been numb below the waist, because anyone who sat on it for more than ten minutes was unable to feel their own arse.

He sat, one leg cocked over one of the arms, wishing for McArthur to just hurry up so he could get to bed ahead of the weekly grouse hunt tomorrow.

“I want solutions, not problems, McArthur,” he said, playing with a braid of his beard.

“It’s quite simple, my Laird,” McArthur said. “We either buy food or we eat less this winter.”

The summer had been unusually wet, and the yield of crops the worst in living memory.

“Buy?” Quentin scoffed. “As if you could find any Laird round here with food to spare.”

“They had better yields in the south, but the demand means that prices are high.”

Quentin did not have money to spare. As estates went, his was one of the poorest. He had a bloody great mountain range through the center of his estate and the land the other side was practically unfarmable. He had been content to leave it to the poachers and reprobates he’d expelled from the estate, but that might have to change.

“Increase the patrols,” he said absently, thinking how he was going to catch himself a fine grouse tomorrow. “Hang any poachers.”

“Start rationing,” he said with a sigh. The serfs wouldn’t like it, but they were free to leave if they wanted. He doubted they’d find any estate within a hundred miles that would be any different.

“No additional labour also,” he said. “Unless we receive a sudden windfall, get the skilled to take apprentices from our existing ranks.”

“Very good,” said McArthur. “And one last thing. The solders.”

“What does Freeman want now? Last month he wanted horses.”

“Last year,” McArthur corrected. “He asked the summer before last.”

“Whenever, whatever. What does he want now?”

“A number of swords have broken in training. Our blacksmith lacks the iron with which to fashion replacements.”

“Can’t they use pikes and bows? Why does everyone need a sword these days?”

They were interrupted by the far doors opening and a man dressed in chainmail striding into the hall. Didn’t anyone bloody knock these days?

“Ah, Freeman,” Quentin called out. “Tell me why you need swords when you have pikes and bows.”

“Can’t use either of those in close range combat,” the man replied without stopping to think.

“Authorise the purchase of iron then,” he sighed, defeated.

“You might want to double the order,” Freeman said, joining McArthur at the base of the dias.

Freeman was a second generation head of Quentin’s personal guard. Not quite large enough to be an army, not small enough to be a squad. Thirty men might seem excessive when no Lairds of the Clanlands had attacked each other in over thirty years, but you never knew when the uneasy peace might break; especially after a bad summer.

He was a similar age to Quentin, but unlike him had cropped his grey beard and hair close to his head.

“Less for an enemy to tug on,” he said when Quentin asked him one time.

Quentin noticed he was wearing a bulging satchel, out of which he pulled a glowing blue orb.

McArthur took several steps back, and even Quentin sat up straight in his chair.

“What,” Quentin asked, pointing at the orb as if it wasn’t obvious, “is that?”

“We think it’s the source of that strange light we saw over top of the mountains this evening.”

“That?” exclaimed Quentin. “But it’s so small.”

Nearly everyone on the estate had seen the light emanating from the other side of the mountain. It had turned dusk into the height of summer for a good five minutes.

Some had come rushing to Quentin claiming the mountain was on fire, but it looked like no fire he had ever seen. They were red and lasted for days, filling the air with smoke. This had been blue, like lightning striking.

“There’s more,” said Freeman, “but I’m not sure how to explain it so you’ll believe me.”

“In the mountain?” asked McArthur.

Freeman explained how he and his troops had set out to find the source of the light, only to find the orb and a tear in reality.

“And you say there was an entirely other world through this… tear?”

“I sent three men in, and they brought back these.”

He rummaged in his bag and brought out three strange blue fruit.

“Is that edible?” McArthur asked.

“Two my men have tried them, and they haven’t died yet.”

Quentin wasn’t sure whether Freeman should be risking his troops like that, but then…

“You say there is plentiful supply?”

“Yes,” replied Freeman. “We haven’t fully explored but you could have filled our storehouse with the amount we saw.”

“This could give us food through the winter.”

“My Laird,” McArthur protested, “we know nothing of this world and this fruit. It might not agree with the palette.”

“Agreed,” said Laird Quentin. “Freeman, bring these men who’ve ingested these fruits. McArthur, bring the estate physician so he can monitor them.”

Laird Quentin sat back in his chair. He wasn’t sure what had caused this tear that Freeman had referred to. Did this orb create it, or did it fall from it? Whichever, he’d be a fool not to take advantage of this situation. If the fruit was as abundant as they said, and there were no complications with eating it, then it could not only feed the entire estate through the difficult winter, but he could sell surplus to other Lairds. He rubbed his hands thinking of the money he could make from this.

“There’s one other thing, my Laird,” Freeman said nervously. “We were not the first to enter this new world. We apprehended a group coming out of it as we arrived.”

Quentin cocked his head to one side as Freeman swallowed hard.

“It was your daughter and her friends,” he said.

Quentin silently cursed. Why was it every time there was some trouble or other, Marli and her little gang were right in the centre? He should have hung half her accomplices when he had the chance. All thieves, beggers and poachers, the lot of them.

“Where is she?” he seethed.

“In the gaol. They were all carrying vast amounts of the fruit.”

Stealing from him, yet again. Why did they not piss off and bother some other Laird? He’d been lenient with them before, whipping them as was the custom with poachers. Not this time, he vowed.

He’d hang the lot of them.

He shifted uneasy in the chair, his buttocks now suitably numb. It seemed the seat wasn’t the only pain in his arse.

There’s a lot I like about this chapter.  I enjoy writing antagonists and, at least at the beginning, Laird Quentin is an antagonist.

I feel I set up a several threads here to try and carry the story forward (the fruit angle, the orb angle).  I think this might get messy, and ultimately I’d probably focus more into one thread in any revisions.

I’d also put in descriptions of McArthur, and probably make Freeman’s character a little less two dimensional.  We’ll probably be killing him in a couple of chapters but still, that’s no excuse to skimp. 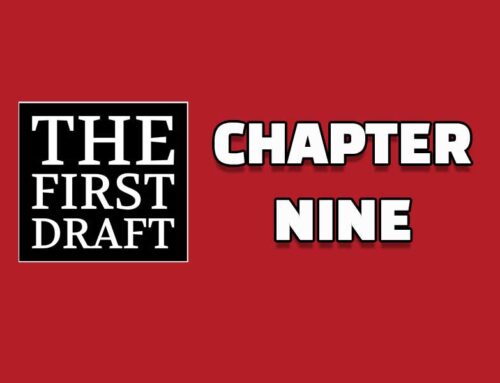 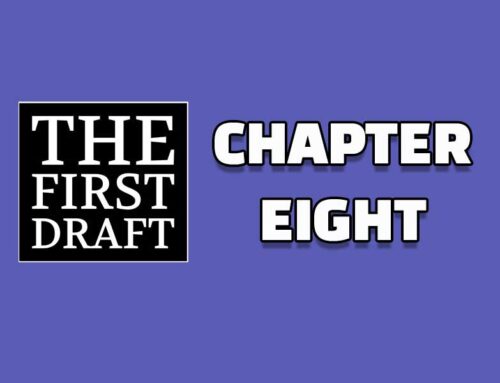 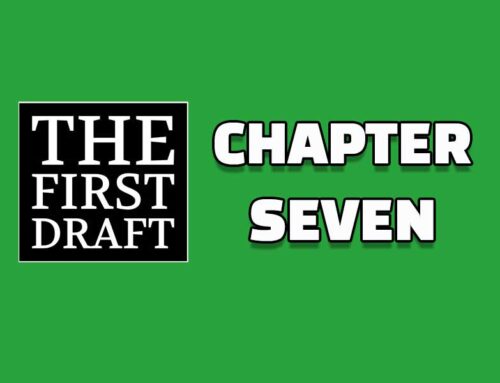 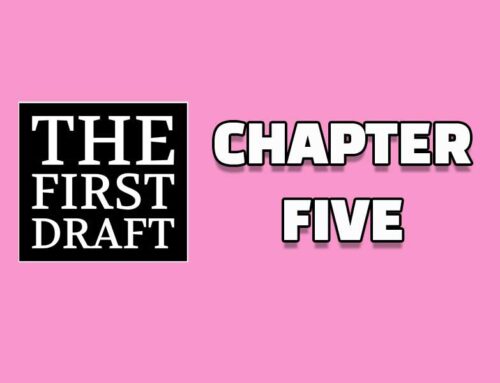 Tweets by Figures
Support Me

Buy Me a Book